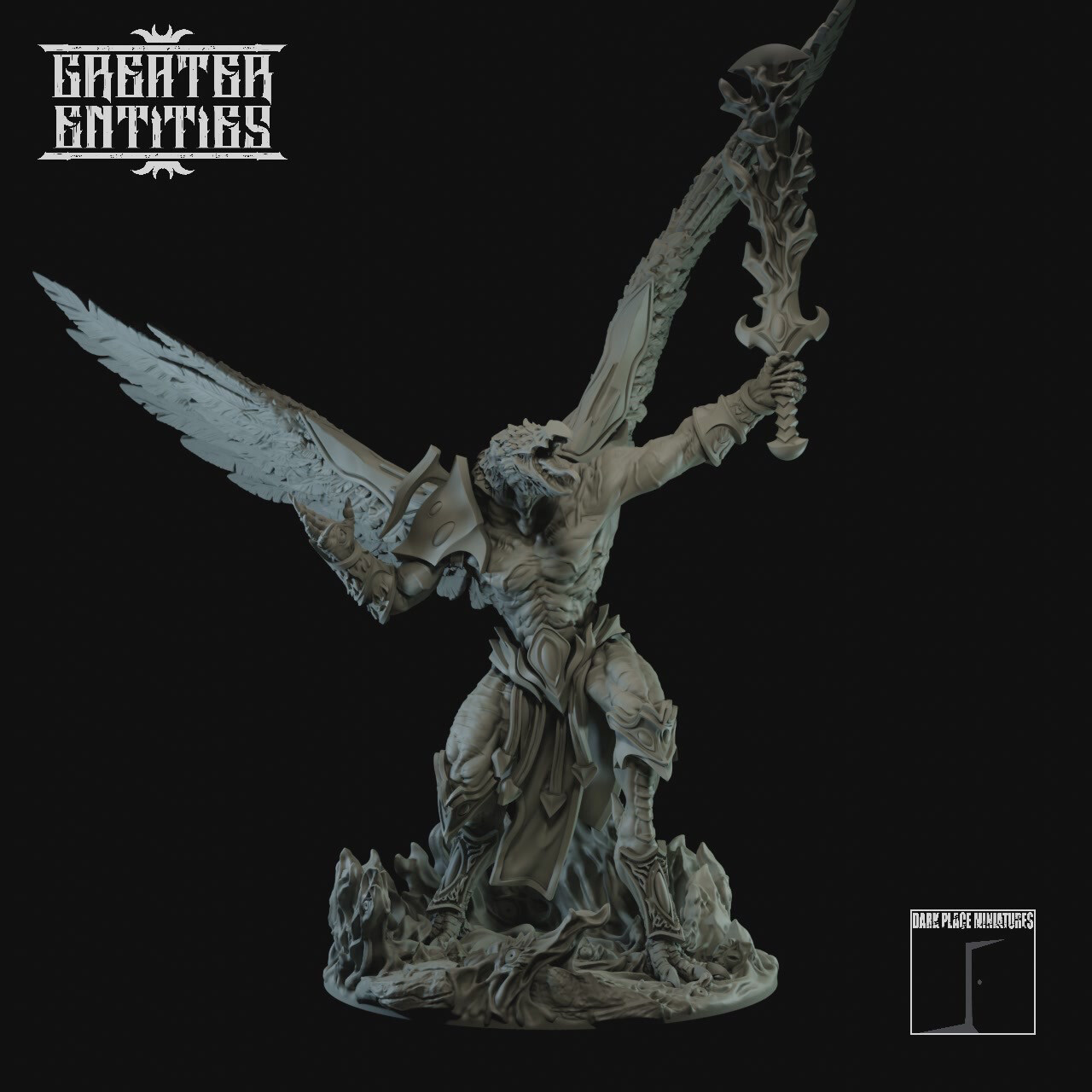 Lord of the Foul Winds

A terrible gale scours the fields, ruining crops like a huge scythe; a child suffers from a shortness of breath until, a few days later, the whole family is found asphyxiated, their faces blackened as if strangled; a howling wind scours the Hellish Plains, flensing demonic bodies, leaving behind piles of clean, razor-scored bones.

Whenever an ill wind is blowing, whenever foul air claims lives regardless of innocence or guilt, it is the storm-blackened wings of Phthisis that beat the drums of death and devastation.

One of the two most venerable Demon Lords, Phthisis is aloof both in character and demesne, as he dwells in the Whistling Fortress, a floating contraption equal parts castle and nest, made from the hollowed out, flute-like bones of a once mighty Behemoth. The Fortress is kept aloft by giant flocks of Hellcrows, who proudly die on the task, being consequently elevated in form and status to soldiers of the Miasmic Wing, the collective name for the armies of Phthisis.

When Phthisis deigns to lower himself from the skies for personal combat, his arrival is preceded by a horrific, ear-rending screech, accompanied by the tortuous tunes issuing from the Whistling Fortress, as well as the cacophony of his flying cohorts.

A king in nature, if not in fact, Phthisis dispatches his enemies with a grace devoid of all unseemly mercy.