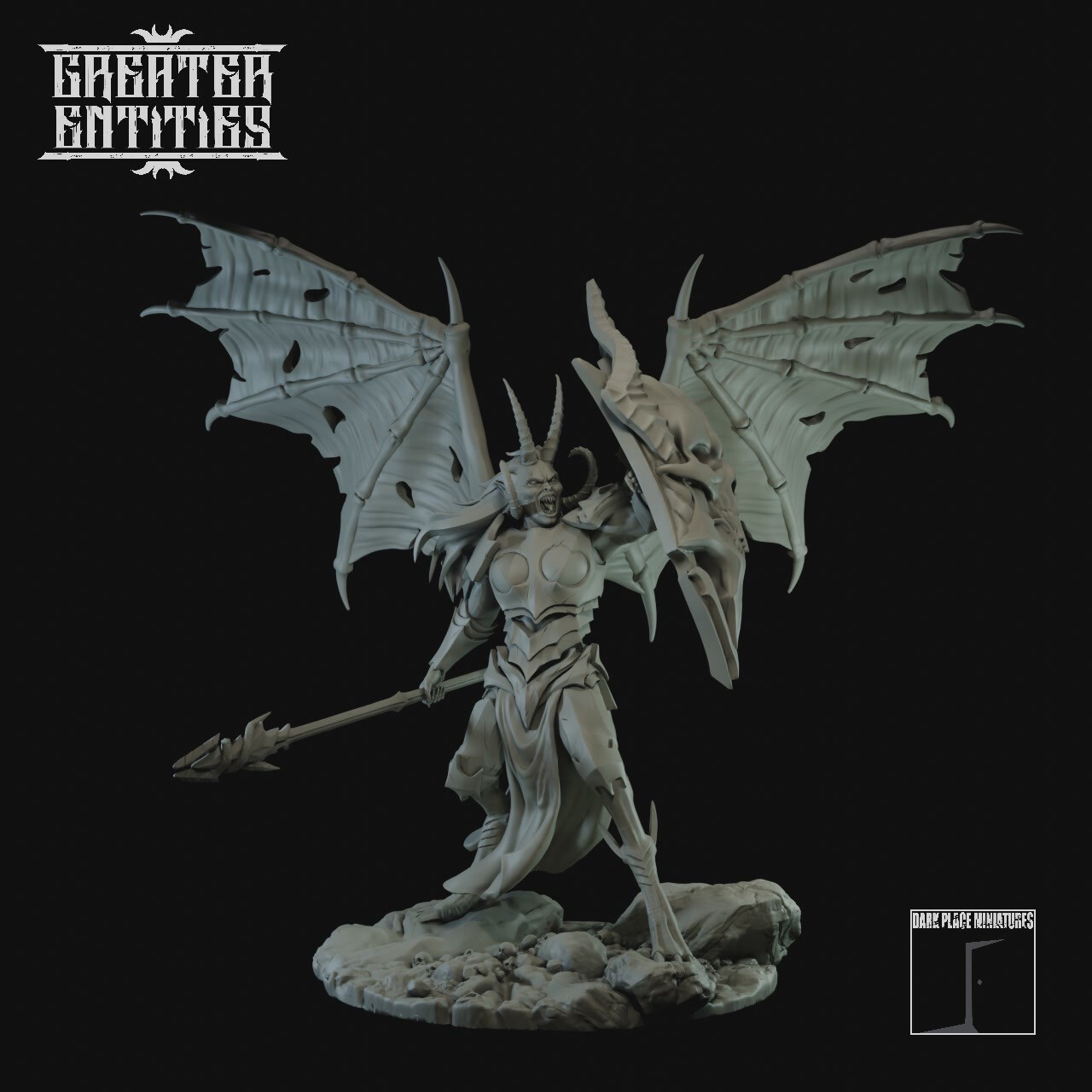 Everything about Manca is somewhat of an enigma: her origin, the title she bears, her very name. Some elements lend themselves more readily to explanation, yet every explanation breeds more questions.

She is called the Golden Lord because she lords over the Golden Horde – battalions upon battalions of demons clad in golden armor, much like her own, or rampaging naked and decked out in jewelry unfit for the battlefield. One has to wonder, though, whether this similarity of name to the Zolotája Ordá is a hint about a possible origin of Manca in the mortal realms.

Then there is her name: a mortal word meaning “crippled” or “maimed”, a strange moniker for a demon that does not seem lacking in any respect – far from it in fact – let alone one of the Infernal Lords. It might also be a play on another mortal word signifying a golden coin, perhaps another hint at a mortal origin.

There was a story, a rumor really, that used to fly around: of a demon child, trueborn to one of the lords and maimed inside the infernal womb. Born without arms or legs, the fledgling demon was cast away to be recycled into the Pit’s blood-soaked mud. Except someone saved the child, forging for it arms and legs of demonic gold, then raising it as a weapon to be used against the lords. Even wilder rumors claimed that that someone was a powerful demon smith, his face now adorning Manca’s shield, stretched and animated across the sword bone of his own sternum.

The story is no longer told: every mouth that repeated it was silenced with unmitigated savagery, and the face on the shield itself remains silent, except for the occasional roar of empty rage and betrayal.