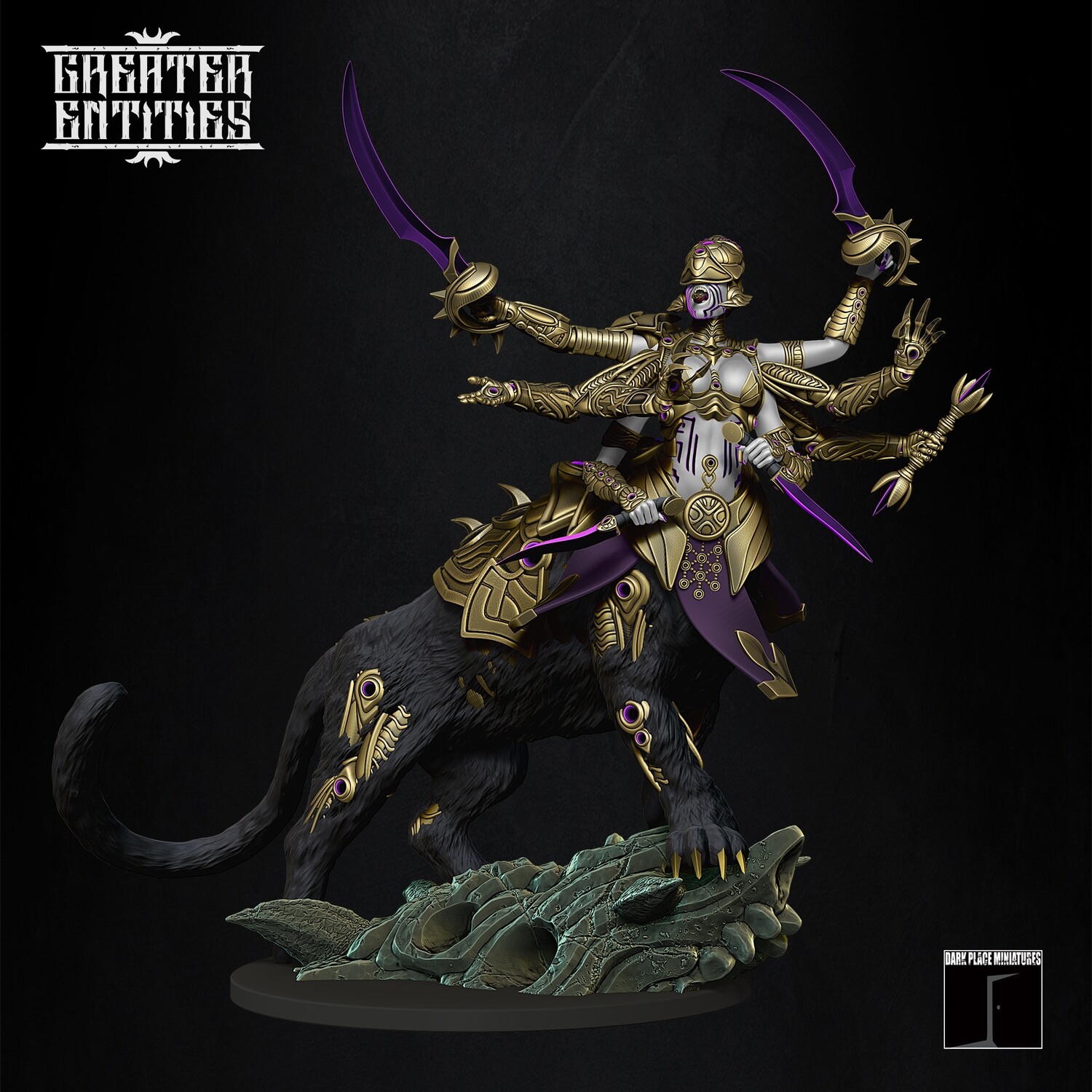 The sky shudders as thundering, bestial paws pounce across its vault, the heavens rent by scarlet lightning. The earth trembles and cracks under monstrous claws, the bleeding lava as clear a portent of destruction as a host of mighty clarions. A name, whispered in awe and fear: Agrud. The Many-Armed. The Blade Maiden. The Lioness. Agrud the Unconquerable.

It is said that when Mother Hunger, the Goddess of Desires, plucked Voratrix Salax from the viscous depths of the sunless ether, something took notice - or rather someone. None can know what sort of coupling took place in the cold heavens, among the silent, dreadful stars – but the Great Womb was seeded, and from its moist, divine embrace Agrud emerged, already armored, thunder held in her unbreakable grip.

The Mother thought she had another servant to throw into the battle for dominion across the multiverse – she thought wrong, as time immemorial has shown that a child will oppose their progenitors’ will, more so a divine offspring, born of cosmic desire. Agrud would fight, kill and conquer, serving no one’s cause but her own: the thrill of combat, the heady, rich drink of victory, the endless challenge.

Agrud seeks no followers and yet she is loyally followed, each and every one of her small army – a war band, really – bested by her own hands, a legend in their own right. For all her terrible might, and ferocity matched perhaps only by that of Pyrexia, one of Agrud’s hands remains empty, holding only a strange clemency, helping a crushed opponent back on their feet, their honor unsullied. A hint, perhaps, about the identity of her other parent.

Thus, Agrud and her Honorbound fight, relishing the joy of battle across a thousand worlds and the Plains of Hell. A Greater Entity in her own right, she has even defeated Ossuary and Manca, youngest of the Demon Lords, once each, earning their wariness and enmity.

Agrud has no desire for a place among the Lords – titles mean nothing to her. All she prepares for, is the day she will face Voratrix Salax, the closest she has to a half-sister – her desire tempered only by a deeply buried dread, of what such a clash might reveal about her own self…

This is a Pre-Order item and final attributes might change slightly.

Save this product for later